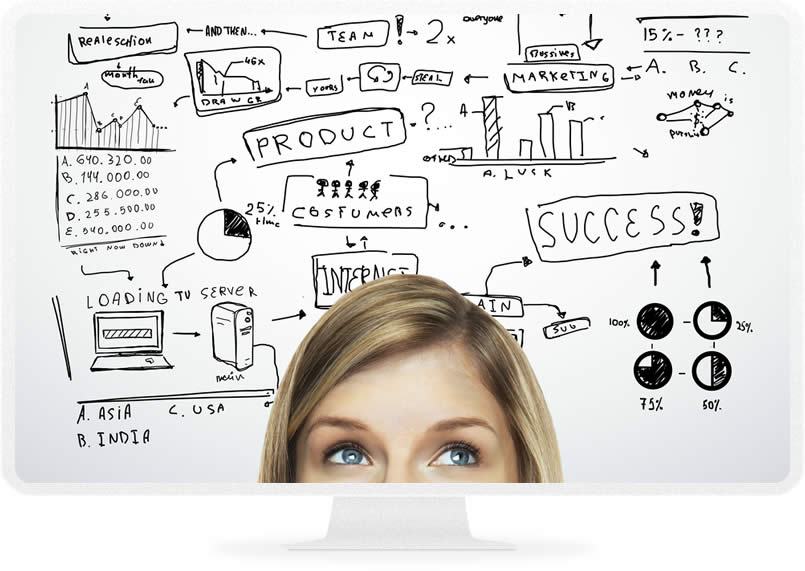 This is an excellent article on why therapists need to do marketing, written By LORI GOTTLIEB for the New York Times magazine.

What Brand Is Your Therapist?

Illustration by Matt Dorfman. Photograph by Jens Mortensen for The New York Times.

In the summer of 2011, after I completed six years of graduate school and internship training and was about to start my psychotherapy practice, I sat down with my clinical supervisor in the Los Angeles office we’d be sharing. It had been a rigorous six years, transitioning from my role as a full-time journalist always on tight deadlines to that of a therapist whose world was broken into slow, thoughtful hours listening and trying to help people come to a deeper understanding of their lives. My supervisor went over the filing systems, billing procedures and ethical quandaries like whether to take referrals from current clients, but we never discussed how I would get these clients. I fully assumed, in what now seems like an astounding fit of naïveté, that I’d send out an e-mail announcement and network with doctors, and to paraphrase “Field of Dreams,” if I built it, they would come.

Except that they didn’t. What nobody taught me in grad school was that psychotherapy, a practice that had sustained itself for more than a century, is losing its customers. If this came as a shock to me, the American Psychological Association tried to send out warnings in a 2010 paper titled, “Where Has all the Psychotherapy Gone?” According to the author, 30 percent fewer patients received psychological interventions in 2008 than they did 11 years earlier; since the 1990s, managed care has increasingly limited visits and reimbursements for talk therapy but not for drug treatment; and in 2005 alone, pharmaceutical companies spent $4.2 billion on direct-to-consumer advertising and $7.2 billion on promotion to physicians, nearly twice what they spent on research and development.

According to the A.P.A., therapists had to start paying attention to what the marketplace demanded or we risked our livelihoods. It wasn’t long before I learned that an entirely new specialized industry had cropped up: branding consultants for therapists.

I couldn’t imagine hiring a branding consultant to lure people to the couch. Psychotherapy is perhaps one of the few commercial businesses that doesn’t see itself as one, that views financial gain as unseemly when connected to the delicate work of emotional insight. Moreover, the field is predicated on strict concepts of authenticity, privacy and therapist-patient boundaries. Branding was the antithesis of what we did.

But a couple of months after setting up my office and waiting for people to call, I found myself wondering — first idly, then deliberately, and always guiltily — about those branding consultants and how exactly they helped therapists like me. Sitting at my desk one morning when my appointment book looked particularly dismal, a combination of curiosity and desperation got the best of me. On Google, I came across a branding consultant named Casey Truffo. Her Web site’s home page spoke directly to my situation: “You are called to be a therapist. Are you also called to poverty?” I immediately dialed her number.

Continue reading the main story
The first thing Truffo told me when I reached her in her Orange County office was that I shouldn’t feel bad about my empty hours; nowadays, she said, even established veterans were struggling. Yes, the economy was bad, but the real issue was that psychotherapy had an image problem.

She told me about a therapist named Sandra Bryson. In 2009, Bryson called for help after her successful Oakland-based practice of 25 years lost patients when she stopped taking insurance. According to Truffo, Bryson shared a problem common to therapists: “a blah-sounding message and no angle.” Bryson had always done well as a generalist — treating anything from depression to grief to marital issues — but Truffo urged her to find a specialty, one that “captured the zeitgeist but didn’t feel played out.” Bryson mentioned that she liked helping parents and had an affinity for technology, and voilà — suddenly she had a brand. Not as a clinician addressing typical parenting issues like boundary-setting, which Truffo called “generic and old-school,” but as an expert who helps modern families navigate digital media. She also became a sought-after speaker on so-called hot issues like screen time, cyberbullying and sexting, and Bryson told me her practice, which is based on “mostly deep work,” had become “more advice-driven.” Now her schedule is full, and her income has increased about 15 percent a year.

“Nobody wants to buy therapy anymore,” Truffo told me. “They want to buy a solution to a problem.” This is something Truffo discovered in her own former private practice of 18 years, during which she saw a shift from people who were unhappy and wanted to understand themselves better to people who would come in “because they wanted someone else or something else to change,” she said. “I’d see fewer and fewer people coming in and saying, ‘I want to change.’ ”

From a branding perspective, the fix was simple. At professional-networking events or in newsletters, her pitch went from “I treat people with depression and anxiety” to “Are you having trouble with the difficult people in your life?” Of course, therapy isn’t about changing someone else, but that wasn’t the point. If she could get people in treatment and help them feel better, she explained, why did it matter how she spun her pitch? Her goals seemed valid, but the idea of pitches and branding still made me uncomfortable.

It’s not that I didn’t understand the value of a sales pitch. In all my years as a writer, I was constantly having to package myself to sell books. But I was attracted to my new field because psychotherapy was about as far away from marketing as you could get. It was intense, personal work; it was as simultaneously simple and profound as sitting in a quiet room with another human being, technology turned off, helping them transform their lives in meaningful ways. Hocking my clinical wares like a Toyota dealer felt bizarre, so bizarre that while I resolved to start hustling and getting my name out there at networking events with other therapists, I certainly wasn’t going to create a so-called brand.

Three months into private practice, I had exactly four regular weekly clients. If I were a Toyota dealer, I’d be out of business. To make things seem less grim, I booked my clients back to back, so when the green light indicating that my next session had arrived went on, I felt as if I’d reached the place I labored so hard for. The work was immensely gratifying. My clients delved into their sessions. Couples found ways to connect. Others began to see how they were holding themselves back. But when the light stayed dim at the end of that last hour, I was faced with the gap between my notions of what I assumed for so long would be a thriving practice and the reality of a near-empty one.

One evening at a networking event (most were attended by equally underemployed clinicians), I was invited to a group in which therapists could talk about their struggles. A support group for failed therapists? I wasn’t sure whether to laugh or cry, but I took this as a sign that my ideals weren’t going to be enough to make this work. A colleague who told me she had some success turning around her practice by marketing herself with YouTube videos persuaded me to create a Web page so at least I’d be searchable to potential clients. She suggested that I call Alison Roth, who started the firm [email protected] (tag line: “Web sites even Freud would envy”). During my free consultation, I told Roth that I wanted a simple, professional-looking Web site, but she told me that wouldn’t be enough. She said the same thing as Truffo: If I wanted clients, then I needed a brand.

Picking a therapist is “not the same as choosing a good cardiologist, who you might see twice a year and will never know about your massive insecurity,” she explained. “Therapy is a very intimate experience. People need to like you when they Google you. They want to feel an immediate personal connection.”

Continue reading the main story
I knew she was right. Many people admit that a sense of connection is more important in choosing a therapist than the clinician’s reputation or training. One woman told me that she chose her therapist because “she looked relaxed” in the photos on her Web site, “and I didn’t want anybody too intense, because I’m really high-strung.” A man explained that he found his therapist via referral, but “the Web site sealed the deal, because I discovered that her father was a Holocaust survivor, and I knew that was territory I needed to visit.” Another woman chose her therapist because her blog revealed that she had successfully overcome “food issues” in college, something this client was struggling with.

But disclosing this sort of personal information has always been tricky for therapists — in graduate school, psychology students are instructed not to display family photos in their offices and even to choose carefully the types of magazines they place in their waiting rooms — yet savvy branding specialists encourage just those kinds of subtle revelations. If you’re a parent, if you’re gay, if you’ve suffered from chronic illness, if you’re a child of divorce, if you’ve lost a loved one: sharing this, they say, makes clients with a similar history feel that you “get it.”

I mentioned this to my colleague Dina Zeckhausen, who has been practicing in Atlanta for more than 20 years, and she said she had seen this change, too. “It used to be that if somebody asked about your personal life, you’d reflect that back and interpret why they’re asking and what it means,” she said. “People don’t put up with that anymore. If you’re that way, they’ll say: ‘That therapist was so aloof. I felt so uncomfortable. It was such a weird interaction.’ But as therapists, we lose useful material we used to get in the transference.”

Essentially, “transference” is a jargony way to describe what happens when a patient redirects unconscious feelings toward the therapist, who is often serving as a stand-in for someone else in his life. A patient might idealize or devalue his therapist; he might conflate him with a parent or spouse or the boss who fired him five years ago. When the therapist remains somewhat of a blank slate, an unknown beyond the four corners of the office, these redirected feelings can then be effectively acknowledged and examined. But the concern is that the more details a patient knows about his therapist, the less likely he is to transfer unconscious feelings, the less chance the therapist will have to identify what really trips the patient up and the less opportunity the patient will have to truly understand himself and, ultimately, change.

Even so, most therapists I know are becoming aware that they need to project more than a tabula rasa. Roth suggested to me that in addition to creating a Web site, therapists should set up Facebook and Twitter accounts (she gives instructions on how to create social-media boundaries, like whether you’ll respond to clients’ posts), blogs, real-time appointment schedulers, teletherapy that’s compliant with federal privacy rules and other features that allow potential clients, she said, “to feel personally connected to you at all times.”